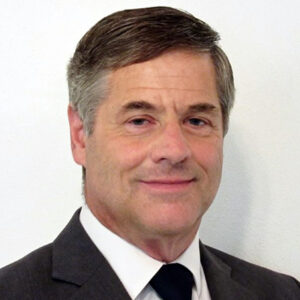 Eric Fluga has developed engines and powertrains for 37 years. He joined Caterpillar in 1981 and has had numerous positions including Engineering Technical Fellow in Research and Division Manager in the Engineering Product Group. He led the initial group developing the ACERT technology that was used in most Caterpillar diesel engines. Eric was a developer of Caterpillar’s diesel engine performance simulation program and combined it with the powertrain simulation program enabling complete vehicle performance modeling. He led joint programs between Caterpillar and the US Department of Energy (DOE) to improve engine fuel efficiency. Eric developed alternative fuel vehicles at Ford Motor Company in 1979. He has 24 patents and has presented at the Society of Automotive Engineers (SAE) and DOE conferences.

Eric holds a Bachelor’s and Master’s Degree in Mechanical Engineering—both from the University of Illinois.