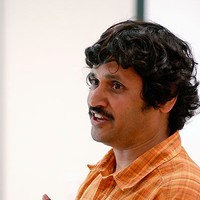 Venkataramanan received the Benjamin Smith Reynolds Award for Excellence in Teaching in 2008.

He received a bachelor’s degree from the Government College of Technology in Coimbature, India, and received his PhD from the University of Wisconsin–Madison.